The Tree of Life:

Revelation 22:1 not only depicts the Tree of Life which flows out of the throne of God, but it also describes that there is an outflowing from the Lamb.  Note that we also are made in the Image of God with a fountain that flows out of it's throne called the Pituitary Gland, supplying all of our needs for each of it's twelve major systems, their respective organs, tissues and cells of the human body.  When a request is sent from any one of these principalities to this throne, depending on who is sitting on the throne, if the Prince of Peace is invited to dwell in His Holy Temple which he has loaned us, then if this request is in accordance with the will of the Father of Lights, a command is sent which supplies this need according to His riches in glory. 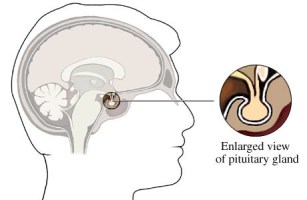 As sinners, we are destined to die, and only God has immortality.  Immortality is a gift from God to be saved.  The Ten Commandments are immutable Laws written by the hand of God.  Only those in keeping with the Ten Commandments will be permitted to eat of the Tree of Life.

Just imagine how Joseph must have felt when the Lord of Hosts raised him up to sit on the throne of grace.  He knew that the famine would last a long time and that his 11 brothers sooner or later would out of necessity have to come and bow down asking him for supplies.  At this same time, by being merciful and cooperating with his brothers, he could draw the remainder of his family close, providing that he could forgive them for trying to kill him.  He must have been eager and at the same time hopeful that his dysfunctional family had learned their lesson.

In this same likeness, just as there is a pituitary gland in the nervous system of the brain which sends Vitamin D carrying a specific message to all of the thrones of remaining 11 organ systems of the body, it asks them if they have any needs that may be supplied just for the asking providing that they cooperate with Him.

Each and every one of the twelve organ systems has nutrients stored within.  Providing that we cooperate with the Lord of Hosts by taking good care of what He has given us, He is faithful in supplying all of our needs according to His riches in Glory.

It is imperative that we obey our Creator. Just as the Lord gave us 10 Spiritual Laws for us to obey, He also gave us 10 Physical Laws for us to obey.  Once we cultivate these habits and repeat them day after day, week after week, month after month, season after season and year after year, they grow and develop into the likeness of our Creator.  However, when we disobey, the opposite character is formed.  We will be judged by our actions. 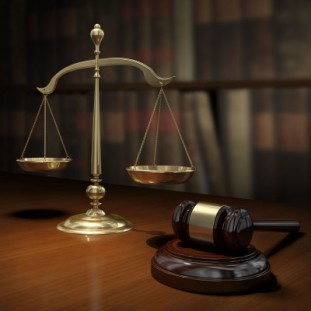 In 2015 this Nation passed a law permitting same sex marriages and other nations have already passed Sunday Laws, doing away with the keeping of the Seventh-Day Sabbath on Saturday.  The changing of these two institutions is a test of our faith, our hope and our fidelity to the immutable Law of God.  Some people say, this does not matter because we are under grace, but God says, if you love me, keep my commandments. When we take away the signs that signal the rules of the law then there is no sin.  When there is no sin, there is no need of a Savior.  Where there is no Savior, there is no faith in God, no sign of fidelity and no hope of eternal life.

When the changes of the institution of same sex marriages and the institution of the keeping of sunday instead of saturday become adopted into law by the United Nations, judgment will be passed not only on this one nation under God, but on the whole world, "And at that time shall Michael stand up, the great prince which standeth for the children of thy people: and there shall be a time of trouble, such as never was since there was a nation even to the same: and at that time Thy people shall be delivered, every one that shall be found written in the book."  Daniel 12:1.

"When the testing time shall come, those who have made God's Word their rule of life will be revealed. In summer there is no noticeable difference between evergreens and other trees; but when the blasts of winter come, the evergreens remain unchanged, while the other trees are stripped of their foliage.  So the false-hearted professor may not now be distinguished from the real Christian, but the time is just upon us when the difference will be apparent.  Let opposition arise, let bigotry and intolerance again bear sway, let persecution be kindled, and the half-hearted and hypocritical will waiver and yield the faith; but the true Christian will stand firm as a rock, his faith stronger, his hope brighter, than in the days of prosperity."  The Great Controversy p.602, EG White.

Says the psalmist: "Thy testimonies are my meditation." "Through Thy precepts I get understanding; Therefore, I hate every false way."  Psalms 119:99, 104.

"Happy is the man that findeth wisdom."  "He shall be as a tree planted by waters, and that spreadeth out her roots by the river, and shall not see when heat cometh, but her leaf shall be green, and shall not be careful in the year of drought, neither shall cease from yielding fruit."  Proverbs 3:13; Jeremiah 17:8

Tree of Life:  Below is a Video on the Tree of Life.    If you are interested in step by step Bible studies, refer to https://www.youtube.com/